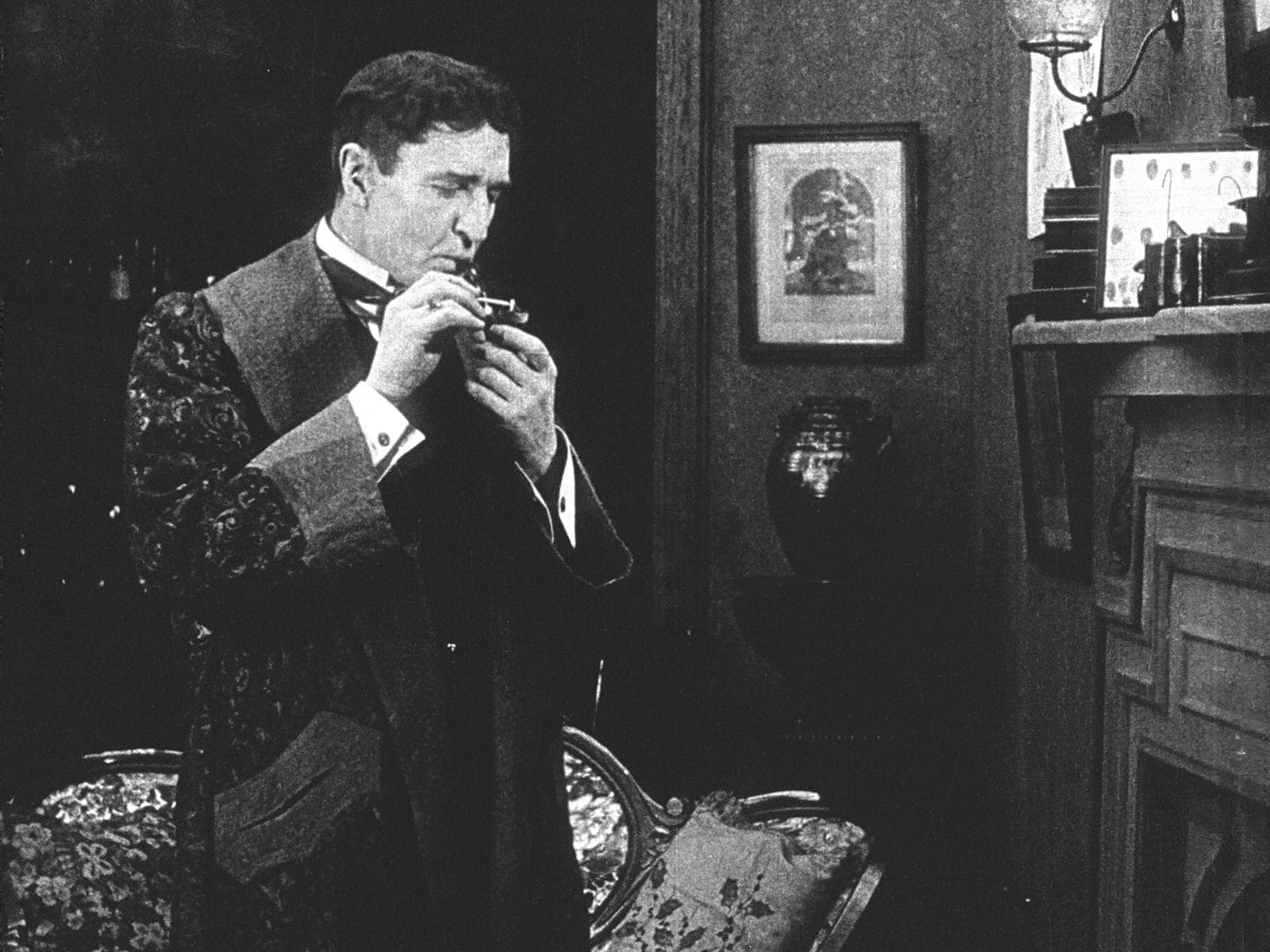 The discovery of a lost film is probably just as exciting as the movie itself. In 1899, William Gillette, who had adapted pieces of "A scandal in Bohemia", "The Final Problem" and "A Study in Scarlet" in to a successful stage play, which he starred in called "Sherlock Holmes." Gillette had asked Arthur Conan Doyle if he could add a love interest for Holmes, and Doyle who was sick of Holmes at this point told him "You may marry him, or murder him or do what you like with him."  In the play Gillette popularized the deerstalker cap and curved pipe which become associated with Sherlock Holmes.

In 1916, Gillette filmed Sherlock Holmes which was really just a film of his stage play. It was to be Gillette's first and only screen appearance.

The film had been thought to be lost until it was discovered in 2014 in France. The movie was restored and the French language intertitles were translated in to English.

The plot is about a nobleman who had been a lover of Alice Faulkner's sister and had written some indiscreet letters to her. The prince wanted the letters back, but Alice wouldn't cooperate because she blames the nobleman for her sister's death. A criminal couple, the Larrabees, want to use Alice to blackmail the prince and get Moriarty to help them.

Representatives of the nobleman retain Sherlock, and he gets involved to help Alice, the nobleman and to foil Moriarty.

The movie is beautifully restored with brown tinted frames. It is a little slow, but it is amazing for a movie made in 1916. William Gillette makes a wonderful Holmes. It was really interesting ti see what the stage play, Gillette was so well known for, really looked like.