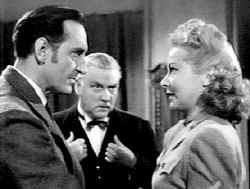 Dr. Watson is serving as resident doctor at Musgrave Hall in Northumberland, a stately home which is also used as a hospital for a number of officers suffering from shell shock.

Watson enlists the help of Holmes after his assistant is attacked. Inspector Lestrade also arrives after the first in a series of murders which seem to be tied up with an ancient and apparently meaningless family ritual. Sally must recite the centuries-old ritual over her murdered brother's body. Holmes realizes that the words (queen, bishop, king, knight) in the ritual describe movements of chess pieces, which are in fact clues to the location of something. Since the black and white floor of the main hall resembles a chess board, Holmes has the rest of the household move as human chess pieces.

He then goes in to the cellar beneath where the last move landed him and finds the crypt of a knight, Ralph Musgrave, in which is hidden an ancient land grant signed by King Henry I. Also in the tomb is the body of the butler. Holmes devises a plan to lure the killer back to the tomb later that evening. He lets the murderer get the upper hand on him so that he will confess to the murders. He faces death to get the confession.

Dr. John H. Watson: We thought you were taking an awful risk.
Sherlock Holmes: Well, we had to have a confession. And these egomaniacs are always so much more chatty when they feel they have the upper hand.

Holmes then fakes his own death and allows the killer to leave -- but he walks right into the hands of Lestrade and his policemen.

By the time the mystery is solved, Sally Musgrave, who could be one of richest people in England, has decided to give her property back to the people who are living on it. This sets up another of Holmes' great patriotic curtain speeches.

Sherlock Holmes: There's a new spirit abroad in the land. The old days of grab and greed are on their way out. We're beginning to think of what we *owe* the other fellow, not just what we're compelled to give him. The time is coming, Watson, when we shan't be able to fill our bellies in comfort while the other fellow goes hungry, or sleep in warm beds while others shiver in the cold. And we shan't be able to kneel and thank God for blessings before our shining altars while men anywhere are kneeling in either physical or spiritual subjection.
Dr. John H. Watson: You may be right, Holmes... I hope you are.
Sherlock Holmes: And, God willing, we'll live to see that day, Watson.

Overall a good movie with an interesting chess theme and a good scene of Holmes being shot to death (with an empty gun).